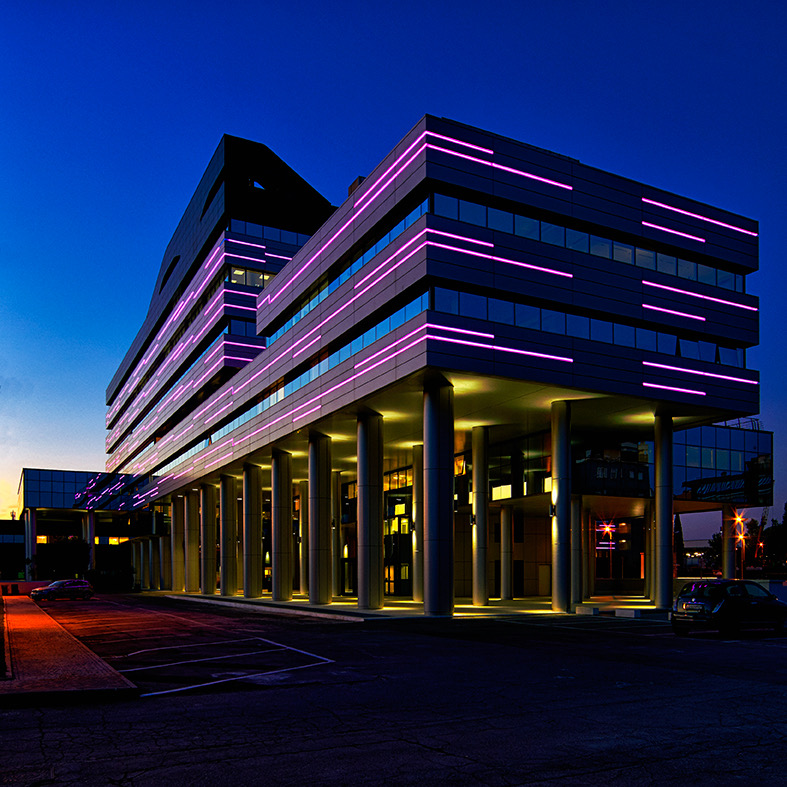 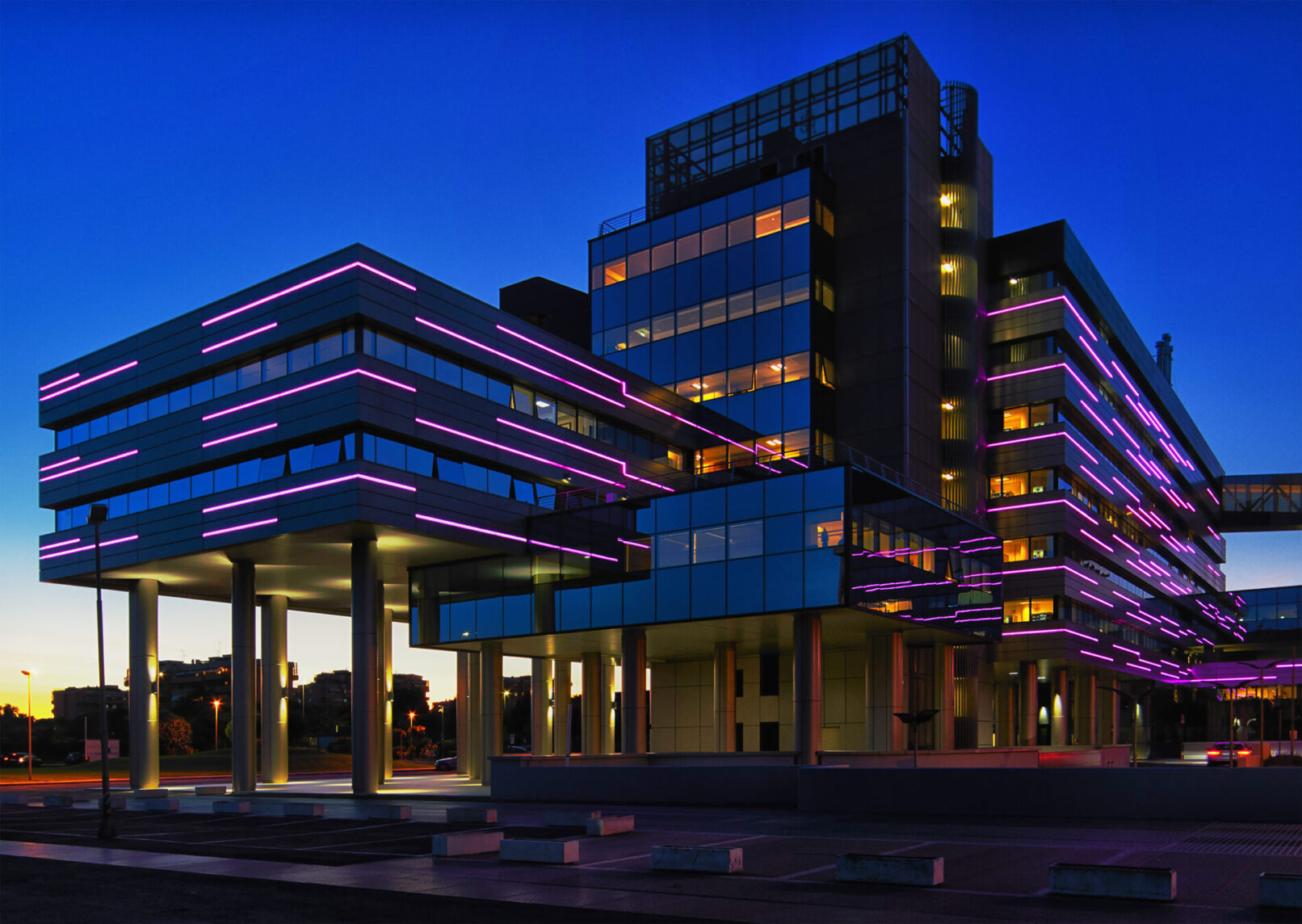 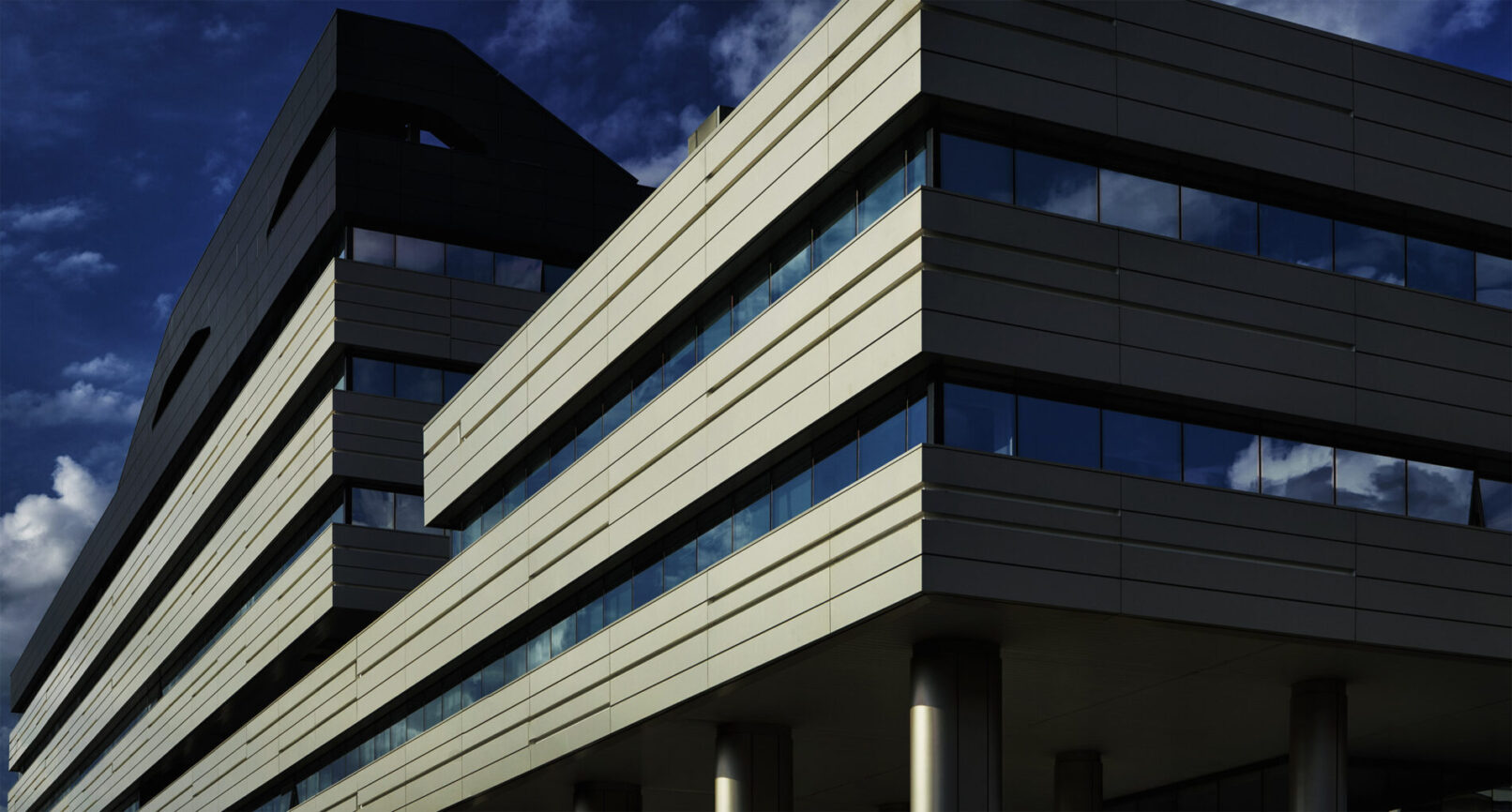 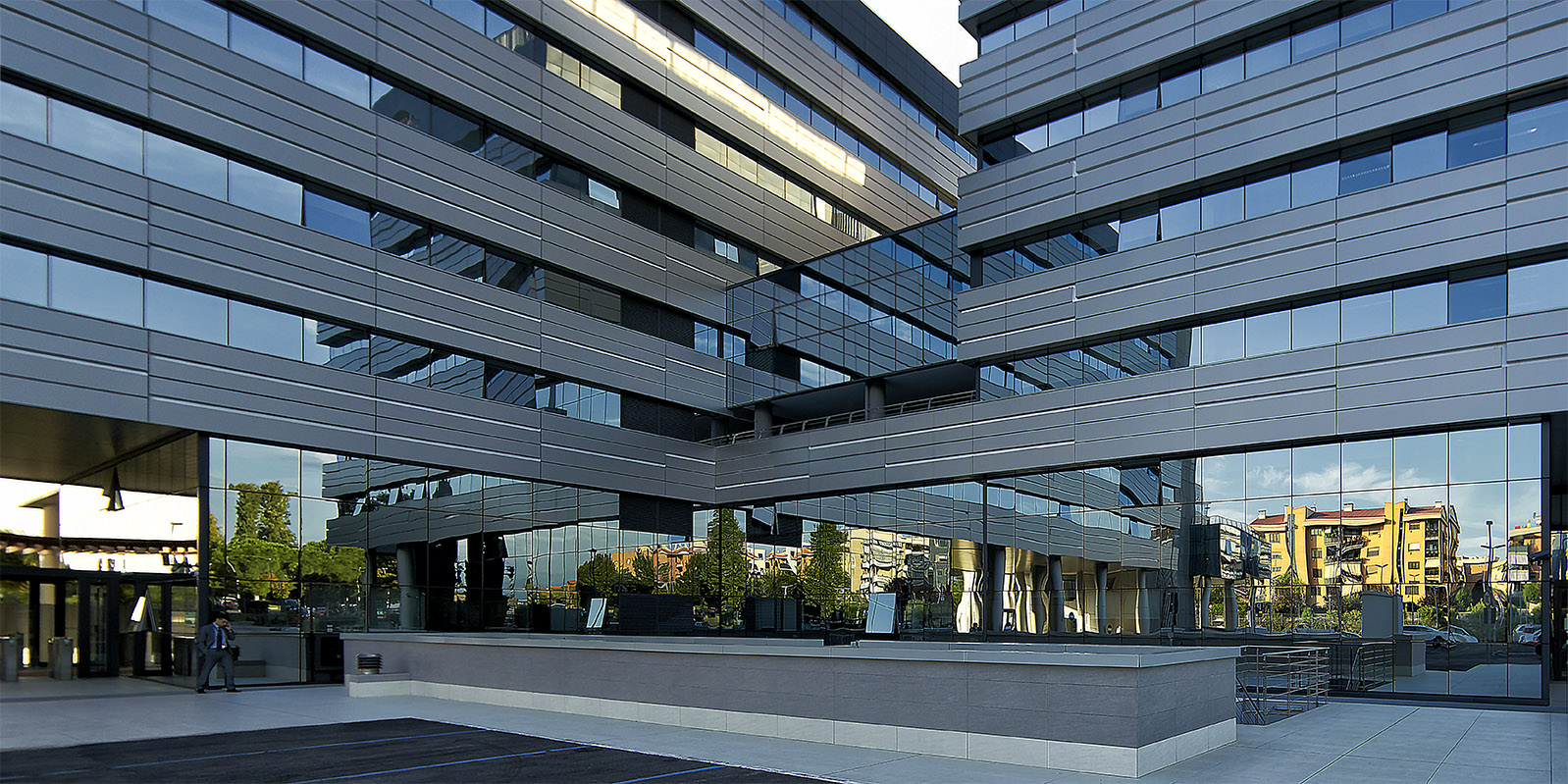 The real estate complex is based on a large area located in the south-east of Rome, between the via Tuscolana and the Appia at a short distance from the Grande Raccordo Anulare ring-road.
The complex consists of three separate blocks that are linked functionally to a gross total of over 32,000 square meters, equipped with outdoor areas and car parks developed on an additional area of about 55,000 square meters.
The vertical development is variable from two to eight floors.
The design of the studio Marincola Architects involved the enhancement of the facades of the entire complex, which were characterized by elements of a continuous ribbon of glass and concrete.
The idea of the project has maintained the horisontality of the facades and through the new coating of thermal aluminium and glass has not only improved the energy performance but has given a modern look to the entire complex.
In addition, the irregular linear cuts of the light on the facade, gave dynamism to the volumes of the building complex.