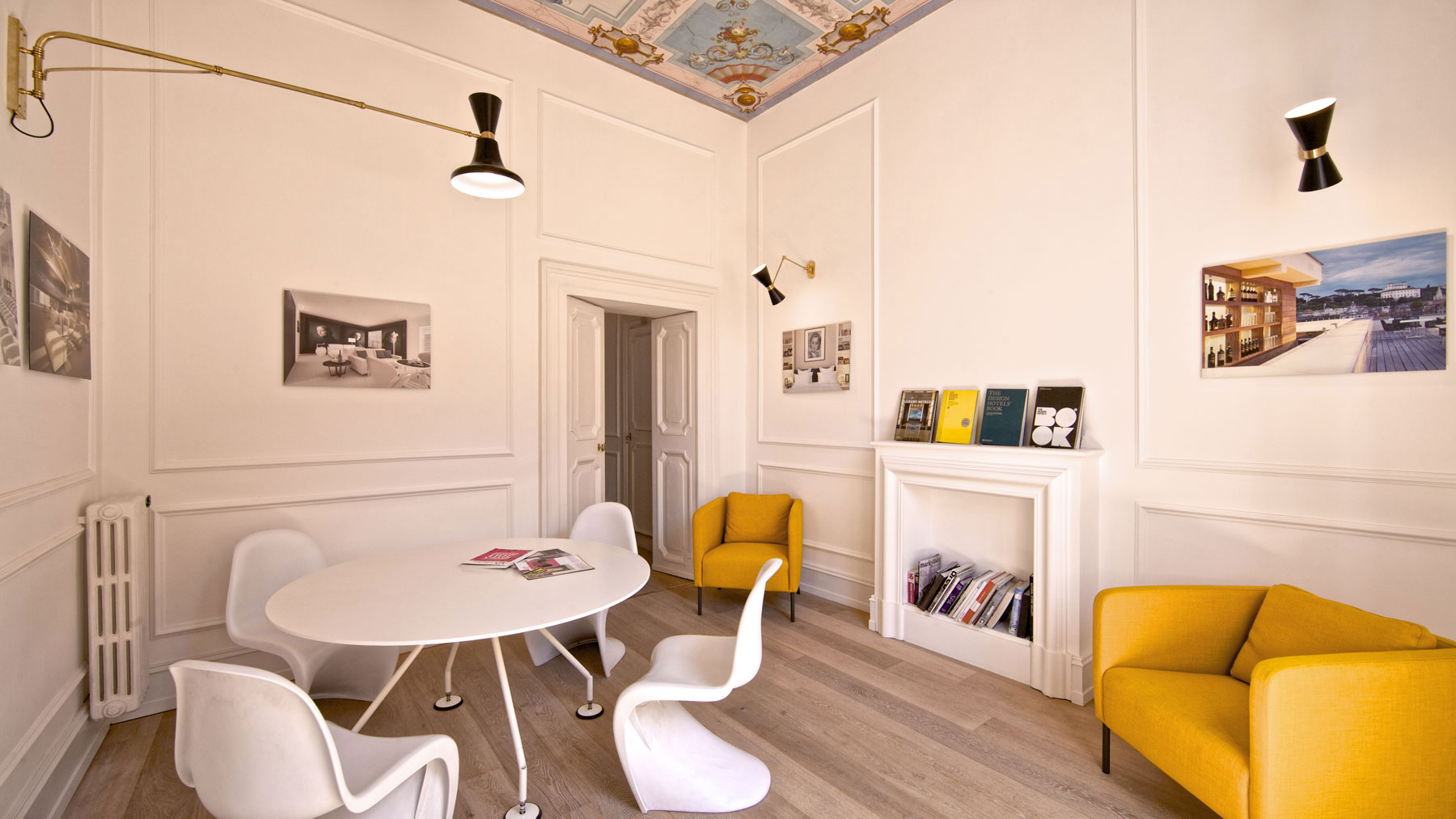 The scientific approach and the attention to detail, combined with a capacity to interpret our clients’ needs and successfully implement their ideas are at the essence of the activities of Studio Marincola, which has built up a wide-ranging portfolio of projects of excellence over the years.
According to Antonio Marincola a great project does not only consist of the sum of its parts, but it represents a harmonious and logical relationship between each of its different components. Creating architecture of a very high quality means achieving the perfect balance between design and the urban environment, art and technology, internal spaces and the true essence or spirit of a place, while always attempting to achieve an essential and effective sense of aesthetic coherence.

The architect Antonio Marincola has over twenty years of experience in the sector of architectural planning and interior design.
In 2005 he founded the Studio Marincola, just a short walk from the Spanish Steps in the centre of Rome. In just a few years, the firm has become internationally renowned and it has been involved in important projects all over the world. Architectural and design interventions created by Studio Marincola now exist in locations such as Rome, Milan, Florence, Venice, Perugia, Madrid, Beijing, Hong Kong and Miami.
The activities of the studio are conducted in a cosmopolitan environment, animated by young professionals who are constantly guided and coordinated by Antonio Marincola himself. An interdisciplinary spirit is maintained thanks to the presence of several teams of specialists: architects, interior designers, engineers and project managers, who operate in Italy as well as abroad, in countries such as Spain, England, China and Russia. The plans and projects of Studio Marincola address every aspect of architectural interventions and they include public and private constructions, villas, luxury residences, banks, offices, restaurants, hotels and spaces for events.
The studio’s most important achievements include the creation of pavilion no. 1 at Expo Milano 2015 for the United Nations and the FAO, as well as a pavilion for the Princess of Qatar in Doha, and the restoration of a historic cinema in Rome. Over the years the firm has also acquired a solid basis of expertise in the hospitality and leisure sectors, by designing a series of luxury hotels, art hotels, boutique hotels, bars and restaurants.
The work of the Studio Marincola has obtained several prestigious international awards and it is frequently featured in books and magazines on architecture and design, including the Italian edition of Architectural Digest. The “First Roma Hotel” in Rome, renovated in 2012, was awarded the first prize in the “Top Hotels in Rome-Readers’ Choice Awards” of the famous US magazine “Condé Nast Traveler” (in both 2017 and 2018). Moreover the “Elisabeth Unique Hotel” in Rome was included in the “Design Hotels™ Book”, a publication that reviews the best boutique and design luxury hotels in the world.